World of Warcraft saves a life!

Playing World of Warcraft could save your sisters life. After typing /played in game, you see you have spent close to a year of real time on a single game. Before you go jump off a bridge, or die from not eating or drinking after 4 straight days of gaming, there’s something to be learned from WoW.
I read this on “Coffee News” (a small free weekly news paper thingy) whilst eating sushi.

Moose trick
A 12-year old boy in Leksvik, in central Norway, saved his sister’s life – thanks to something he learned from playing a video game called World of Warcraft. Hans Jorgen Olsen and his sister were walking in the woods in Leksvik when they encountered an angry moose. Olsen knew what to do. He taunted the moose to get it to move away from his sister, and when the beast started to come toward him instead, Olsen played dead. In the video game, players use the same trick to get monsters away from their team members. Olsen says when he played dead, the moose lost interest and wandered away. “It went really well,” he says.

Below is a reenactment of that day. 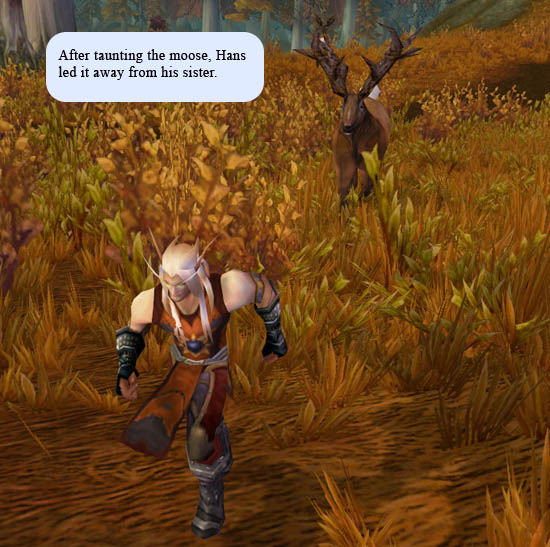 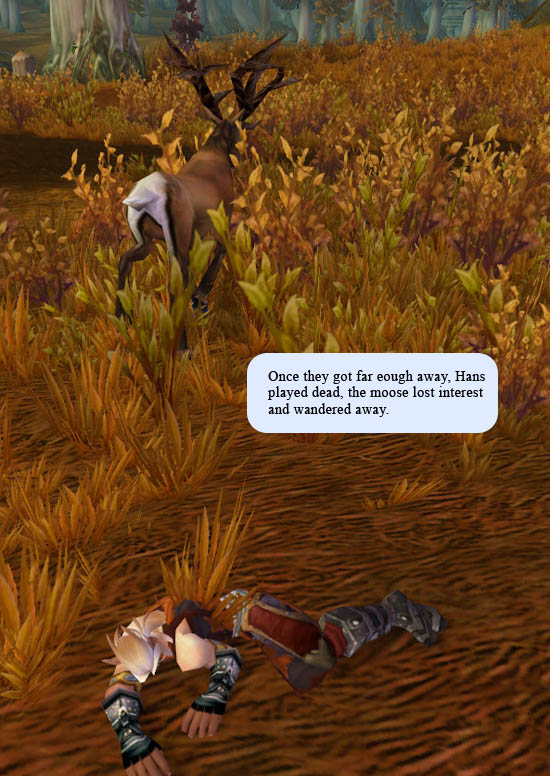 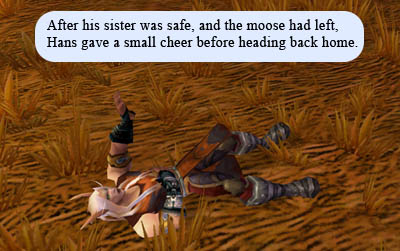 **This is a staged action scene within a controlled environment with professional actors. DO NOT try this at home.**